Bryant Green is the co-founding partner of the award winning, Berkshire Hathaway Brooks and Green Team. After graduation from Atlanta’s Georgia State University, Bryant enjoyed a career with AT&T for thirty years, taking an early retirement as Assistant Vice-President of Operations. Immediately entering the real estate world in 2001, he has specialized in all aspects of Commercial Real Estate for almost twenty years. He is the proud father of three sons, two Atlanta attorneys and one in the Los Angeles entertainment field. He is a member of the Free Chapel North Campus in Gainesville, Georgia.

Among his achievements in real estate is being elected as one of the top 50 Realtors on the Rise nationwide by the N a tional Associa tion o f Realtors. Bryant’s team has also been among Berkshire Hathaway’s top five national leaders in commercial real estate sales and the Top 1% in overall real estate sales worldwide.

The contacts he has made and the people he has met over the years makes it possible to connect Buyers and Sellers in many different arenas. He believes that success is an attitude and the focus on success in every real estate process must always be kept on the forefront. 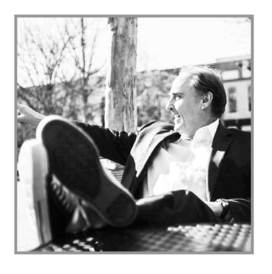